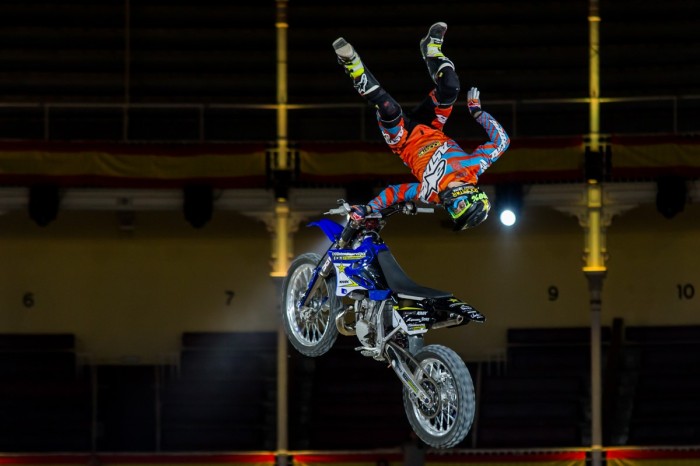 It is not easy to touch the stars with your hand, but Clinton Moore does it every time he gets on his bike. The Australian rider shines on the skies of the freestyle motocross. He is one of the best riders in the world.

His tricks, almost impossible, like the ‘Bundy’ or the ‘Volt Body Varial’ have placed their name in the elite club of pilots who make up the elite FMX.

Charismatic, overwhelming and with a talent that has served to become essential in the best events of this sport, such as the X-Fighters, won in 2015, the X-Knights, conquered in 2015 and 2016, and medals in other Top-level competitions such as AusxOpen, Nitro Circus or X-Games.

With just over a month to return to Las Ventas to fight for victory in the sixteenth edition of the Red Bull X-Fighters, Clinton Moore has spoken exclusively for blogenboxes.com.

Question.- In less than two months you return to Madrid with the Red Bull X-Fighters. In 2015 you were third, in 2016 second. Will this be the year that Clinton Moore wins Tom Pagés in Las Ventas at the most important FMX event?

Answer.- I’m always trying my absolute best to win. I usually focus on being the guy who
is consistent during the entire competition and ready to jump at anyone who makes a mistake. I do plan to push my limits this year though! 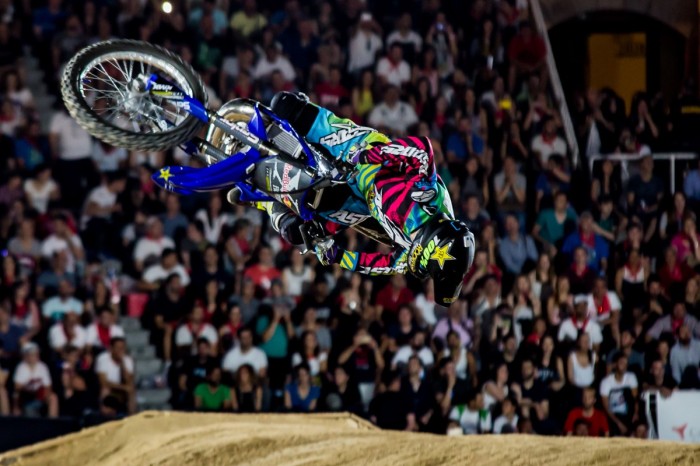 Q.- What does the Madrid show for Clinton Moore with that bullfight full of people passionate about freestyle motocross?
A.- There is no place like Madrid. The atmosphere of the local crowd makes X-Fighters so unique. I don’t think you could explain the feeling to anyone who hasn’t been before. Madrid has amazing people and it is the most important event of the year to me.
Q.- Surely in your head and in your workouts you already have a special trick to surprise the night of July 7. Can you advance something?
A.- I have been working on all sorts of tricks, but unfortunately this has all been put on hold since I severely injured my shoulder crashing a ‘Bundy’ in France. I’ve had to go back to the drawing board and see what tricks are possible with an extremely aggravated shoulder. So we will have to wait and see.
Q.- 2017 could not get better. Second consecutive victory in the X-Knights, in Costa Rica. You had a tough opponent: Taka Higashino. What trick made the difference to do again with the victory?
A.- I think having 2 kinds of Body Varials, the 360 and big look back Ruler Flips got me over the line in Costa Rica. Taka has a crazy trick list, like his Rock Solid Backflips, so it’s always a close battle with him! 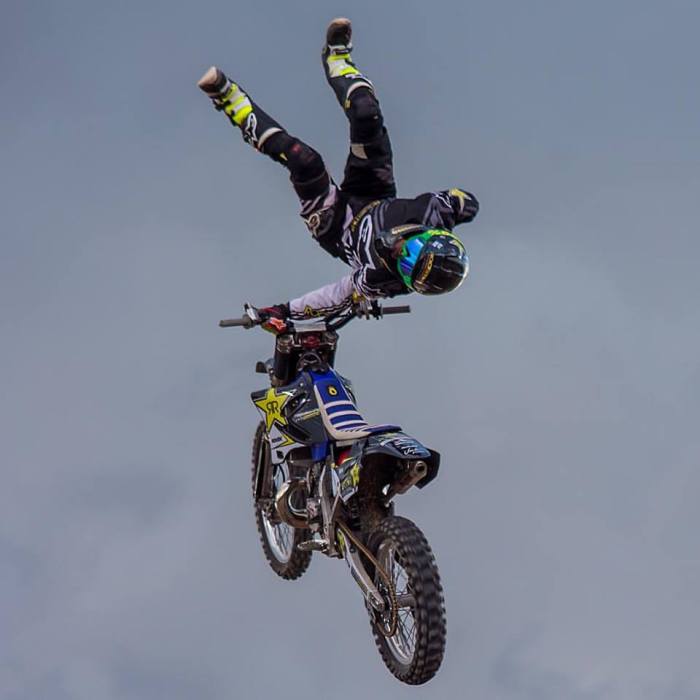 Q- 2016 also ended with the victory at AusOpen, in your land, Australia. There were also medals at the X-Games and you could not participate in the NitroWorldCircus final for an injury. What is the show that motivates you most?
A.- Yeh I had a really good run last year with wins and medals! I think just that passion to ride and wanting to win, motivates me more than anything. I do it because I love FMX, that’s all that really drives me.
Q.- Clinton Moore’s toughest rival is Clinton Moore himself?
A.- Absolutely, it is a huge mental game. I think it is for every competitor. Everyone has their unique way of dealing with pressure. I’ve learnt how to block out fear and shut my brain off to autopilot haha. 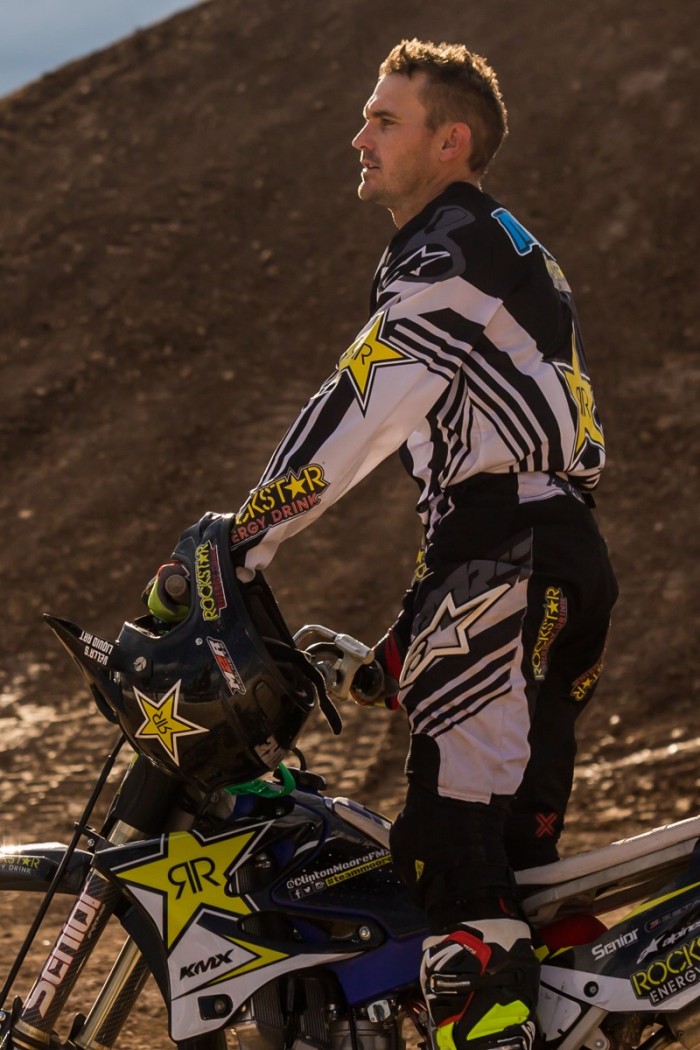 Q.- What inspires you to create new tricks and continue to surprise the thousands of fans you have all over the world?
A.- That would have to be the ambition to win. I want to be the best and I will never stop pushing myself.

Q.- What does it feel like when you are jumping on a ramp many meters high with a machine as fragile as a motorcycle?
A.- Time slows down, your adrenaline sky rockets. It just makes you happy.

Q.- Although you are all rivals on the track, when the show ends there is much ‘feeling’ with the rest of the team. True?
A.- FMX is a small industry, everyone knows each other and we all support each other. I think you get a lot more rivalry in racing, because we’re all about encouraging one another in FMX.
Q.- Are freestyle motocross riders a little ‘crazy’?
A.- Haha not crazy, just fearless, focussed and calculated.
Q.- In addition to the physical form, I suppose that it is very important a strong psychological concentration to devote to this sport. How is the training of a rider?
A.- For sure, if you don’t train in the gym, you get easily injured and cant take a hit. This is a necessity for becoming a champion. You have to cover all aspects, from cardio, to strength and flexibility. You exercise more than you actually ride.
Q.- Being such a hard profession, how many more years do you think to be in it?
A.- I think I’ll ride FMX for as long as I can, but I won’t drop out of the competition scene until I achieve everything I wanted to. Which is more wins, new tricks etc.
Q.- Who is the best driver of all time in freestyle motocross?
A.- That would have to be guys like Travis Pastrana, Tom Pages, Josh Sheehan. Even the early era in the sport had talented guys like Brian Deegan and Mike Metzger. There is really too many to name. 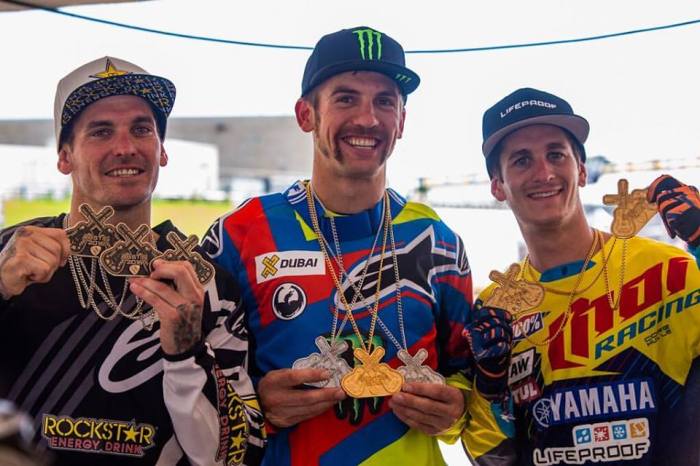 Q.- In the FMX elite Australians are most … Adelberg, Shennan, Robinson, Harry Bink … Many great names ….
A.- Yeh absolutely, Australian’s are a motivated bunch. You have Aussies like Harry Bink who want to prove themselves and risk everything for progression. It is crazy to see!
Q.-Would you like to be a MotoGP or F1 driver?
A.- Haha I think I’ve left it too late for that! After all my time being focussed on the dirt, I think FMX is my only true passion, although I respect those drivers greatly.
Q.- Finally, send a message to the 23,000 fans who on July 7 will go to Madrid to applaud their idols.
A.- I can’t wait to see you all again! Thank you so much for your support! Make some #TeamMoorey banners so I can spot you amongst the chaos!